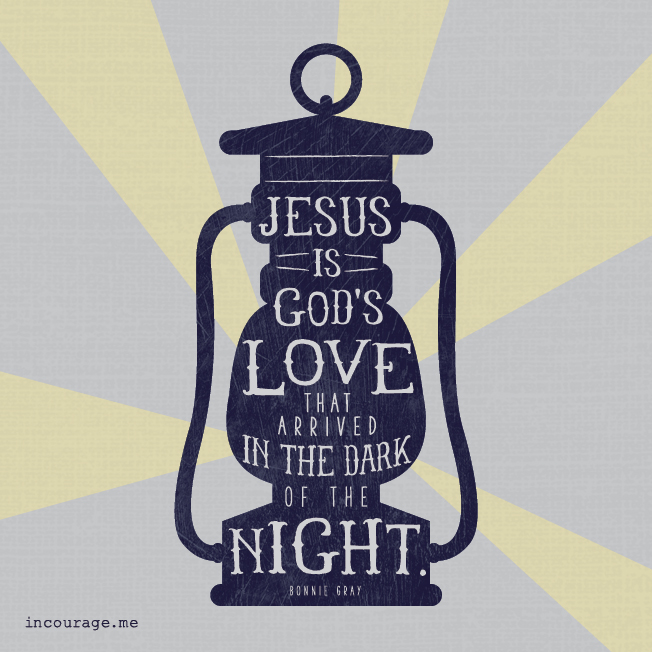 We lay on our backs on the lawn in the stillness of the night. Stars winked and dazzled us as my big brother said, “Just wait and watch…”

“There! Did you see it?” he whispered, as if he would spoil the awe of it if he talked too loud.

“Yes! Yes! I saw it! Cool!” I gazed in wonder, waiting for another one.

That was decades ago. When my heart still held childish wonder and delight. Where has it gone? That cause for admiration or astonishment. That emotion of excitement at something new and remarkable.

That’s what I want in this Advent season. I want a renewal of wonder at the birth of Jesus. An excitement at this Gift as if I opened it for the first time. I want to unwrap the deeper layers of it. Not the surface of it with a hollow and empty celebration. I don’t want my heart to be passively content. I want to get excited about the Unspeakable Gift of Jesus coming down to us. I want to be amazed, to be still with awe, to awaken to the wonder of it all.

“The natural gift of wonder God gave us
as children was meant to be kept alive.
Instead we let wonder go to sleep.
We entered the typical dream state of most humans.

Have we lost that gift of wonder at something so miraculous? Perhaps somewhere along the way, the harsh realities of life have snuffed it out? Has the wondrous miracle of Jesus’ birth become an ordinary yearly event? Are we too busy to ponder it prayerfully in our hearts?

I know we can never fully understand it on this earth, but I’m afraid my heart has become passive to delving deeper into the wonder of God coming down as Man. God was willing to come down and be born in human form, to suffer as a human the excruciating death of the cross for us. To die and rise again so we could be free forever from the punishment due to our sins.

That same Almighty God who has the power to create and hold those stars in the skies came down off His throne. That same God who gave a bright star to guide the wise men to Jesus the Savior humbled Himself to live among the lowly. He came down, down, down… Down to the depths of humanity. Not to be born in a fancy palace, but in a lowly stable, probably stinking from manure. To cry from hunger or pain as other babies do.

What king would ever come down to the level of suffering with the poor? This King would! Now that is great love! Unmatchable, unconditional, unfathomable love!

“For you are recognizing [more clearly] the grace of our Lord Jesus Christ
[His astonishing kindness, His generosity, His gracious favor],
that though He was rich, yet for your sake He became poor,
so that by His poverty you might become rich (abundantly blessed).”
2 Corinthians 8:9 AMP

Though He was God,
He did not think of equality with God
as something to cling to.
Instead, He gave up His divine privileges;
He took the humble position of a slave
and was born as a human being.
When He appeared in human form,
He humbled Himself in obedience to God
and died a criminal’s death on a cross.”
Phillipians 2:6-8 NLT

“But when the right time came, God sent
His Son, born of a woman, subject to the law.
God sent Him to buy freedom for us who were slaves to the law,
so that He could adopt us as His very own children.”
Galatians 4:4-5 NLT

I know that in the midst of darkness and suffering, it’s hard to hang onto this hope. But let’s remember it’s the hopeless He has come for. Let’s try to retrieve our childish wonder for such an unimaginable miracle. May we recognize more clearly His astonishing favor for us. May our jaws drop in wonder at the boundless love He has for people filled with the filth of sin. For the broken souls who need His powerful cleansing, healing, and enlightening.

Dearest Lord Jesus, please give us and renew in us
a childish wonder at Your humble birth.
Thank You for loving us so deeply!

Holley – Coffee For Your Heart