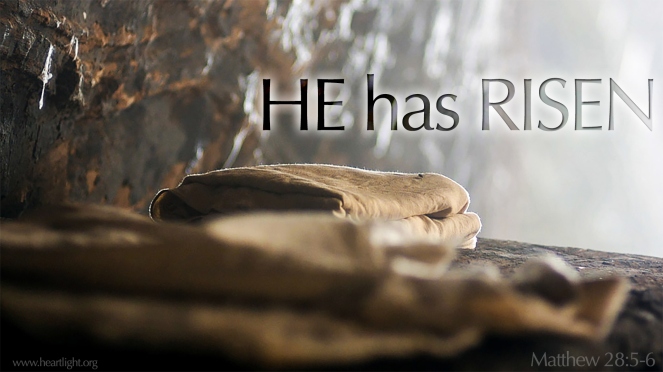 “Then, following him, Simon Peter came also.
He entered the tomb and saw the linen cloths lying there.
The wrapping that had been on His head
was not lying with the linen cloths
but was folded up in a separate place by itself.”
John 20:6-7

“They have taken the Lord out of the tomb, and we don’t know where they have put Him.” Peter and John hear the weeping words of Mary Magdalene, and they rush to the tomb. Arriving first, John bends over and peers in. When Peter appears, he immediately enters the tomb, followed by John. Strips of linen, possibly still caked with scabs and spices, lie there. But where is the body of Jesus? And what’s this? The cloth that had been wrapped around Jesus’ head is laid by itself. Not merely tossed aside, but neatly folded up.

John and Peter must have known the custom of some carpenters in first century Palestine. A carpenter carried a sweat cloth to wipe his face as he worked. To show a job was completed, an illiterate carpenter folded up the cloth and left it on or near his work, indicating to the one who hired him, “My work is finished.”

After Jesus said “It is finished” and gave up His spirit, Joseph of Arimathea and Nicodemus lovingly took down Jesus’ disfigured body from the cross, a body that was “marred beyond human likeness.” (Isaiah 52:14) They gave Jesus a decent burial, washing his body and wrapping it in strips of linen with 75 pounds of spices, an amount used in royal burials. As was the Jewish custom, they wrapped his face with a cloth and laid Him in a new tomb.

Yet now here is an empty tomb except for grave-clothes and a neatly folded cloth. A robber would never have left order behind. If someone had stolen Jesus’ body, the grave-clothes would most likely be gone with it.

“The cloth was folded up by itself, separate from the linen.” Why? Commentator Matthew Henry believed Jesus is sending us a message: “No one stole Me away. On the contrary, I rose up alone. I walked out alone. I alone did this, for I alone could do it. I am Almighty God.”

As John and Peter gazed at the folded cloth, did Jesus’ words about the work He must do flood back into their souls? Did they remember how Jesus promised that after three days He would rise again?

According to John 20:19, we know they were afraid. The disciples had locked the doors because of their fear of the Jewish leaders. But then Jesus Himself in the flesh suddenly stood among them and breathed “Peace be with you!” Peace that bursts their hearts with joy!

Jesus has finished what He came to do – to die in our place to redeem us from sin and death, and He has risen again just as He promised. We don’t need to look for him among the dead. He is risen!

Are we still mourning the death of Jesus, or are we opening the eyes of our hearts to what Jesus has finished for us and to the hope and joy of His glorious resurrection? 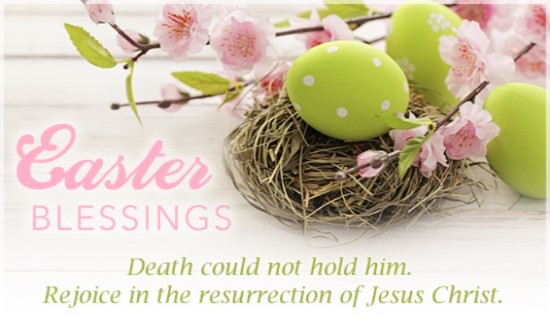 P.S. This is an edited version of a post from 5 years ago, before many of you were reading this blog. I hope it will strengthen your heart to know our Redeemer lives. Because He lives, we can face tomorrow and whatever troubles come our way!

We are traveling to a family event this week to attend a special ceremony and to celebrate our son’s retirement from the Air Force after 20 years in the military. I hope to post again on April 3. 🙂

“Now may the Lord of peace Himself
give you peace at all times and in every way.
The Lord be with all of you.”
2 Thessalonians 3:16

"We delight in the beauty of the butterfly, but rarely admit the changes it has gone through to achieve that beauty."
-Maya Angelou