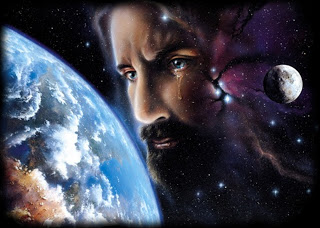 “Speak up for those who cannot speak for themselves; ensure justice for those being crushed. Yes, speak up for the poor and helpless, and see that they get justice.” (Proverbs 31:8-9 NLT)

Murder. The heinous crime of unlawfully killing a person especially with intention of malice. Killing. Destroying and taking away lives. Some are broadly broadcasted, like the horrendous act of the Boston bombing, but others aren’t even on the news. So many murder victims are never recognized individually or even mourned as losses.

Millions of little seeds of life are destroyed in abortion clinics or other underground places. That’s enough to make a person weep and wail. So many lives never allowed to see the light of day and live the life they were meant to.

The ending of every seed of life is ghastly, but now picture a 6-pound baby lying on a cold, steel table tray moving and breathing, curling into a fetal position. Then his spine is severed and his body is placed in a shoebox for disposal. The doctor jokes that this baby is so big he could “walk me to the bus stop.”

For twenty years, a “House of Horrors” was in plain view and open to the public. The Department of Health, for political reasons, turned a blind eye to the inspection of abortion clinics at all. And hundreds of gruesome murders went on and on. “Kermit Gosnell had a simple solution for the unwanted babies he delivered: he killed them. He didn’t call it that. He called it “ensuring fetal demise.” The way he ensured fetal demise was by sticking scissors into the back of the baby’s neck and cutting the spinal cord. He called that “snipping.””

So many children brutally murdered. So many never given the respect they deserve. And yet, this is not widely broadcasted on the news. These little voices that can’t speak for themselves are not recognized as innocent lives lost because of a brutal, murderous act. So indescribably sad.

In 1989, the United Nations adopted the Convention on the Rights of the Child because “the child, by reason of his physical and mental immaturity, needs special safeguards and care” and because “in all countries of the world, there are children living in exceptionally difficult conditions.”  One of the rights is that “No child shall be subjected to torture, cruel treatment, unlawful arrest, or deprivation of liberty.”

JESUS DID NOT WANT YOU TO DIE

I AM SO SORRY

Project Rachel – It’s normal to grieve a pregnancy loss, including the loss of a child by abortion. It can form a hole in one’s heart, a hole so deep that sometimes it seems nothing can fill the emptiness.

Understanding Abortion Grief and the Recovery Process – Not a discussion of the pros and cons of abortion. Both sides of the argument agree that grief after abortion is real and women must be given their voices back to process the grief.

2 thoughts on “Abortion: A House of Horrors”